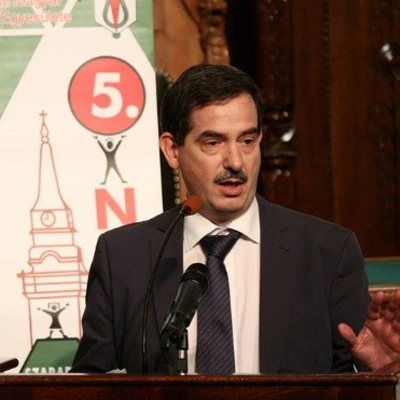 Abstract:Linear complementarity problems (LCP) generalizes some fundamental problems of mathematical optimization like linear programming (LP) problem, linearly constrained quadratic programming (LQP) problem and some other. It admits an enormous number of applications in economics, engineering, science and many other fields. The three most significant classes of algorithms for solving LCP problems are: pivot algorithms (PA), interior point algorithms (IPA) and continuation methods. Because, both PA and IPA have been developed earlier for LP and QP problems it is quite natural idea to test them on LCP problems, as well.
Concept of sufficient matrices, as generalization of positive semidefinite matrices, has been introduced 30 years ago. LCPs with sufficient matrices posses many important properties, like the solution set is convex and polyhedral; guarantees the finiteness of PAs and (pseudo) polynomial behaviour of the IPAs. Furthermore, for sufficient LCPs, it is meaningful to introduce dual LCP problem and it can be proved that from sufficient primal- and dual LCP problem, exactly one has solution, that is an interesting, nice and (quite) new generalization of the old Farkas’ lemma.
There are still several open questions in the area of sufficient LCPs. More importantly, solution methods developed for sufficient LCPs helps us in trying to solve LCP problems with more general matrices.

Short CV: Since 2011, Tibor Illés is the head of the Department of Differential Equations (DET), Budapest University of Technology and Economics (BME), Budapest.
Tibor Illés was born in Szabadka (Subotica, former Yugoslavia) in September 4, 1963. Finished primary and secondary schools in Szabadka.
Tibor Illés studied mathematics at Eötvös Loránd University of Sciences (ELTE) where he obtained MSc in Mathematics (1987), doctor of university (dr. univ.) degree in Operations Research (1989) and PhD in Applied Mathematics (1996). Gyula Farkas Prize of Bolyai János Mathematical Society has been awarded to him in December 1991.
Dr. Illés received several prestigious fellowships in Hungary and abroad, amongst others Visiting Fellowship, Peregrinatio II. Foundation (Delft, 1994); Hungarian State Eötvös Visiting Research Fellowship (Copenhagen, 1995); DAAD Fellowship (Würzburg, 1998), Bolyai János Research Fellowship (2000-2003), Bolyai Farkas Research Fellowship (2001), Operations Research Professor Fellowships at MOL (2003-04, 2005-06, 2006-07).
After graduating from ELTE, he worked for Applied Mathematics Department, Computer and Automation Institute of the Hungarian Academy of Sciences until 1989. After his military service he joined the Operations Research Department of ELTE as Research Assistant. In 1993, he got permanent position as Assistant Professor at Operations Research Department of ELTE and has been promoted to Associate Professor in 1998. He moved to BME DET in 2010. He was working for Delft University of Technology (1996-1997); Strathclyde University (SU) (2007-2009, full time and 2009-2018 part time), Glasgow; Eastern Mediterranean University (1995-96 and 1998-2000), Famagusta and visited many world leading research groups in continuous optimization in Europe and North America.
Current research interests of Dr. Illés are in linear and nonlinear optimization, linear complementarity problems, and applications of operations research. Tibor has published more than 60 research papers in high quality international (and national) journals, and conference proceedings in three different languages (English, Hungarian, and Serbian) and received more than 500 citations on his mathematical optimization publications. His h-index is 15. Supervised more than 60 master students at two Hungarian and two universities abroad. Currently, he is supervising 2 Phd students and 4 of his past PhD students defended their degree successfully. For three of his past PhD students Gyula Farkas Prize has been awarded for outstanding research results in operations research by János Bolyai Mathematical Society. In recent years, two of his PhD students got Gyula König Prize of the Faculty of Natural Sciences, BME, Budapest for best publication profile.
He participated at more than 65 conferences in Europe and North America and gave research talks at those conferences. Based on his works on theory, algorithms and applications of continuous optimization he has been invited to several conferences as plenary/semi plenary speaker. He organized streams, invited sessions at many operations research conferences and gave research seminar talks or mini courses at several different universities in Europe and North America.
Since 1994 Tibor Illés was principal investigator of many OTKA (Hungarian National Research Fund) research projects. He was co-investigator of some EPSRC projects during the years he served as full or part time academic staff at Management Science Department, SU.
Currently (2017-2020), he is the principal investigator of the Hungarian-Slovenian joint research project on Extending first- and second order algorithms for nested classes of optimization problems to solve computationally challenging industrial questions.
He also led several applied operations research projects for leading Hungarian companies’ during the past twenty years. Dr. Illés with his team developed several new operations research models including: computer colour formulation optimization model based on two-constant Kubelka-Munk theory; crew scheduling and engine assignment problem for transportation companies; model for multi-robot multi-depot problem and a solution algorithm; multimodal transportation model for Budapest; blending-, production planning- and look back analysis models based on pooling- and linear constraints for oil industry; day-ahead electricity model variants (Cosmos/Euphemia) for coupled market; neural network and machine learning applications for self-driving cars, and some other OR models.
Tibor Illés has been active in various professional societies and scientific committees, amongst others the EURO – The Association of European Operational Research Societies, where he was representing Hungarian Operations Research Society (HORS) as the President of HORS from 2011 until 2014. Currently, he is the permanent representative of HORS in the EURO Council. Dr. Illés is among those few, who were initiating and founding members of the Hungarian Operations Research Society in 1991.
With Professor Tamás Terlaky, he initiated the EURO WG on Continuous Optimization and led the working group with Tamás between 2000 and 2003. His work for the European continuous optimization community has been acknowledged by awarding him (and Tamás Terlaky) the title of Honorary Coordinator of EUROPT in Istanbul, July 4, 2003.
Tibor Illés was serving as secretary of the Applied Mathematics Committee of János Bolyai Mathematical Society for two years. He is elected member of the Operations Research Scientific Committee of Hungarian Academy of Sciences (HAS) since 2008 and worked as secretary of the committee until 2011. He has been re-elected four times so far. From 2013-2019 he served, in two terms, as representative of operations researchers in the General Assembly of HAS.
He was appointed member of Hungarian National Research Fund (OTKA) Mathematics and Computer Science Panel (2011-2012). Since 2000, Tibor has been core member of the Council of the Mathematical Doctorial School, Eötvös Loránd University of Sciences.